HOME > Film > The Call Of The Wild

We see drawings of men searching in the arctic for gold. John Thornton (played by the experienced Harrison Ford) orates that they needed dogs in the arctic. We cut to a town in the states and John describes a dog called Buck.

"Buck runs into a house. But he gets chucked out for being messy. He also ruins a lunch by eating the families food. They keep him on the porch at night for punishment. During the night two men steal him and put him in a box. It's raining heavily. What a great introduction, we realise that Buck, the dog, is the lead character of this movie"

They put him on a train. The top view of the train travelling is cool. It rides amongst greenery. On the train a man beats up Buck and he falls down. There are several dogs there in kennels. "Buck stood no chance against a man with a club" orates John. Buck then breaks out of his kennel. He goes on top of the boat. He is in Alaska. The men leave the boat. Buck experiences snow for the first time. Buck escapes the man. We cut to John talking to a man about a ticket. John meets Buck and says to him "watch yourself".

Buck returns the harmonica to John. Buck is then encaged. Buck's owner is taking him on a voyage. The owner, Perault, introduces Buck to the other dogs. He is to be a part of a sled team. They team practices. Buck let the team down because he’s too slow, the whole sled falls. Great scene. Buck is dead tired at night. Buck sneaks into a tent but they throw him out. Buck then sees a huge black Wolf. It looks real but may be a spirit. Next morning Buck practices sledding again. All the dogs eat fish for dinner.

Next morning they practice sledding even more. The leader of the pack is aggressive. The sledding looks cool and fast.

"The next day they take the sled on top of ice that can crack. They are careful but the girl falls in. Buck dives in and saves her by pulling her out. But Buck falls in again! It is very dangerous because there is a current underwater and you could drown. Buck the appears out of nowhere! Exhilerating action scene here"

They warm up next to a fire and the girl teases Perrault that he was crying over Buck.

The girl says she believes in Buck after his efforts. Buck then goes for a walk. The leader of the pack is after a rabbit and bites it after Buck saves it.

"Buck then fights the pack leader. Great brutal combat scene. The leader bites Buck and he's hurt. The leader is very strong and menacing. Buck is hurt and is down. The dogs try to wake Buck up. The big black wolf spirit gives him strength. Then Buck attacks the leader, throws him up then grabs him by the back of the neck and throws him down hard. Buck wins! The leader walks away injured"

"But, then a snow fall commences! Another Great action scene. They have to go fast or else the snow fall will get them. They ride into a town at great speed. The owner was carrying mail for the towns people on the sled"

John speaks in voiceover about his family. He writes a letter to them. He wants to find peace.

Buck sees the black wolf spirit again and it dissappears. John forgets to give them his letter. Buck takes the letter in his mouth. How considerate. Ford says "Thank You" to Buck. Owner receives a mail that says his route is terminated. He is very sad. He frees his dogs and they are depressed. John says "Buck had lost another master". A rich man called Charles and his woman purchase all the dogs. Buck is tired with no energy. Charles is about to strike Buck. John stops him and fixes the sled sliders positions.

Dogs move but then later on they struggle uphill. Charles whipped them. John leaves his cabin. John is worried about the river ice and goes after Charles. He finds them and says Buck also didn't want to go over the river ice because he knows it's going to break. John saves Buck who is really tired. He takes Buck to his Cabin and his health is restored. Buck misses his team and John says that Buck slept for two days. John says to Buck "Stay, Go... do what you want". John then goes for a drink. Buck tails him.

Charles walks into Bar and beats up John because his dogs left him and it was John fault. Buck attacks Charles. Then the sheriff restrains the three of them. He boots Charles out for carrying a gun. That night John has a drink but Buck doesn’t like him doing that. Buck hides John's drink! hehe. John gets angry. They both look to the sky. Next Day John talks about his son and how he chatted about the mountains, gold and adventure! They leave together that day.

"They go down a rapids river fast! It's dangerous. Great visuals and sound in this scene"

The boat leaks. They plan to get off. Charles finds John's cabin and the map. He is after revenge. We cut to John and Buck trekking. They then find a little old wooden house. A prospectors house perhaps. ford finds alcohol and Buck barks in dismay. There are wolves around and they howl at night. Next morning John goes for a swim and finds gold! He gets Bucks help to find more in the lake. Buck then sees a white wolf and chases after it. Buck has a fight with a bear.

Then the white dog sees him but runs away. Next morning the wolves including the white one chase after a wild pig.

"The wolves get taken in the river. Buck stops them by pushing a massive log ito the water. Great fast paced action"

Buck joins the wolves and helps them hunt. John stays in the Cabin. Next day Buck sees the bear injured. Buck then joins John in Cabin. Buck then follows white wolf. Buck plays with her. "Buck found himself with his own kind" says John. John says "It's time for me to go Buck, to go home". Ford fairwells Buck.

"John is in his cabin when a bullet strike it. He ducks and then a fire starts inside. It's Charles. John takes a bullet in the leg. Then Buck jumps in front! He mauls Charles. But Ford is hurt bad. This a good fast paced action scene"

"Well Buck, what an adventurer" says John injured. John passes on. It's very sad, great sentimental music. In the morning He joins the white wolf. "There is a place in these mountains where a new breed of timberwolf live and thrive" John says. "I knew him once when he was just a dog by a mans side.. now he became his own master... before he heard the call" says John. Beautiful words. What a great ending.

"The landscapes in this movie are very picturesque and beautiful. The scenes of sledding in the snow are very memorable. The action scenes involving the dogs were cool. Harrison Ford did excellently as John Thornton. He showed plenty of courage and heart. Omar Sy was great as Perrault, the trainer of the dogs. The villain Charles was expertly played by Colin Woodell. Of course Buck the dog deserves a mention, he carried the film well"

This movie had a simple plot and a great pace. The landscapes put together with a great sound design made this cinematic experience memorable. What an exciting 1hr 40min.

Rate "The Call Of The Wild" and more below. Hover/Click Title for info. Click / FingerTouch 1 to 5 Star to Rate :)
Film
Film/TV Content

N/A Guardians Of The Galaxy Vol 3: Chris Pratt is back! This is the third installment of the "Guardians of the... guardians-of-the-galaxy-vol-3

N/A Thor Love And Thunder: Chris Hemsworth is back! This movie is the sequel to "Thor: Ragnarok". It is... thor-love-and-thunder

N/A The Bubble: Karen Gillan is back! Actors and actresses are stuck inside a hotel during the... the-bubble

N/A The Guardians Of The Galaxy Holiday Special: Chris Pratt is back! Star-Lord, Drax, Rocket, Mantis and Groot go on a new... the-guardians-of-the-galaxy-holiday-special 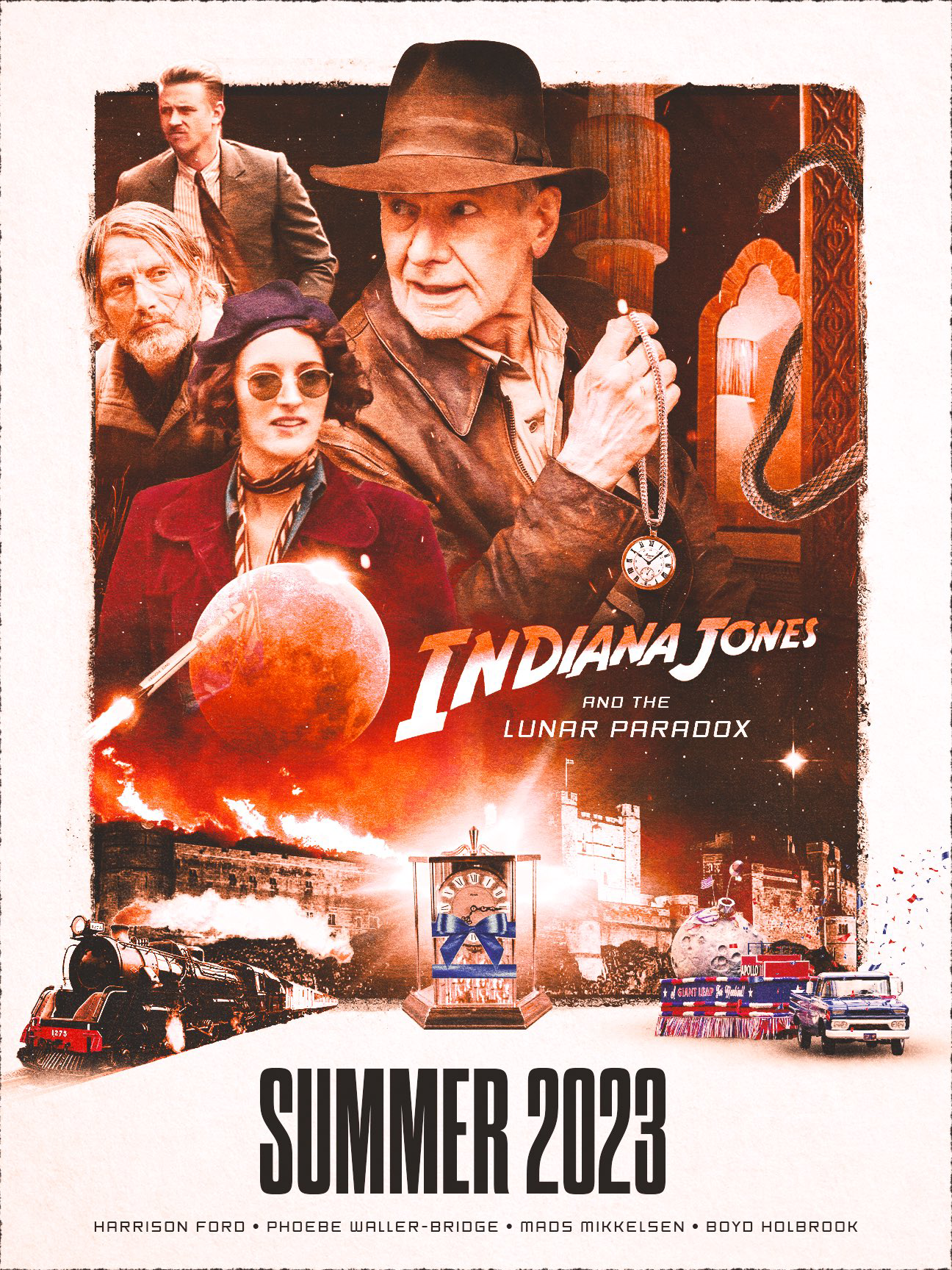 N/A Indiana Jones 5: The plot of this movie is unknown but it will be based on one of the other... indiana-jones-5

N/A The Sea Beast: This film is about a legendary sea monster hunter. Then a young girl stows... the-sea-beast

N/A Top Gun Maverick: Tom Cruise is back! He returns as Maverick, a naval fighter. The plot for... top-gun-maverick

N/A Gunpowder Milkshake: Karen Gillan is back! This movie revolves a sisterhood group that rescue a... gunpowder-milkshake

N/A Eurovision: This story is about two aspiring musicians Lars and Sigrit. They will... eurovision

7.2 Her Smell: This movie is about a punk rocker who lives life to the max and struggles... her-smell

7.4 Avengers End Game: In the previous Avengers Endgame Thanos wipes out half of all life in the... avengers-end-game

The Call Of The Wild - Filmography

"The Call of the wild" classic novelMore Info