A couple (Pete played by Mark Wahlberg and Ellie played by Rose Byrne) get overwhelmed when they decide to adopt three children. Will they make it work? The supporting cast includes: Isabela Moner as Lizzy, Gustavo Quiroz as Juan, Julianna Gamiz as Lita, Octavia Spencer as Karen, Tig Notaro as Sharon, Tom Segura as Russ, Allyn Rachel as Kim, Britt Rentschler as Linda (as Brittney Rentschler), Jody Thompson as Jim, Margo Martindale as Grandma Sandy, Julie Hagerty as Jan, Michael O'keefe as Jerry and Joan Cusack as Mrs. Howard.

Two couples in a house have an argument. One couple is jealous because it looks like they've decided not to have kids. Pete (played by the funny Mark Whalberg) doesn't want kids. Ellie (played by the stunning Rose Byrne) is Pete's wife and she's thinking about kids.

They discuss it more and Pete is afraid of being an older dad like "Mr Henderson" (a father of one of his childhood friends). We see old footage of Mr Henderson catching an american football (thrown by Pete) and then dying of a heart attack HAHAHA! This is an example of the raucous comedy that appears in this movie hehe.

Ellie is researching adoption, she uses her laptop to search. It's quite sad, you see profiles of very young children that are looking for parents. This is the first of many serious sentimental scenes. These scenes are meant to make you think of the reality of the adoption scene. These scenes will sometimes bring a tear to your eye. Ellie goes to bed. Then Pete searches the laptop and see's the profiles for himself. He feels emotional and he's interested.

They go to an adoption seminar. The main teacher, Karen is played by the hilarious Octavia Spencer. Karen says "These kids will test your will. They will push buttons you never knew you had". The parents tell their stories and there are a few jokes. The special guest that day is a girl that was adopted. She explains her story of hardship and drug abuse by both her real parents. She was a victim of neglect. You feel for this girl.

The crowd is emotional. The special guest girl cries. The movie takes a serious turn here but it works. It tells you the gravity of the situation. The two of them go to "Fostering Class". They learn safety procedures. They find a woman in the group that wants to raise an athlete like the movie "The Blind Side" with Sandra Bullock hehe. Ellie and some other parents giggle.

The teacher wants the parents to consider adopting "siblings" because they can handle stress better. They then all go to an Adoption fair. The teacher says no one wants teenagers and that they are seated far away because of this. In the meet and greet, Pete and Ellie get close to some kids and others have already pounced (and met them). The parents get very rude and competitive hehe.

The two talk to an adoption teacher about one sad girl that looks ill, small for her age. They say to her that she seems to be a child of alcohol. She ends up being the teachers daughter hehe. The teacher is now offended hehe. What a great comedic scene!

They look at the teenagers sitting far away in the fair. They chat out loud and saying that teenagers are not for them. She has some bite and she says "we can hear you!" and tells them to "carry on and just see the young children". Her name is Lizzie (played very well by Isabela Moner). Lizzie leaves an impression on Pete and Ellie.

Pete and Ellie then go to the adoption admin people and tell them that they want Lizzie. But then they get told that she has two siblings. They would also have to adopt these extra two kids. They agree. They visit the current home of Lizzie, Juan and Lita.

The current foster parents are old and grumpy. You can tell that they don't necessarily want to take care of these kids anymore. That is kind of sad. Pete accidentally hits Juan with a basketball. The little girl plays fake restaurant (with some little seats nearby) rudely. Lizzie is also hard to get along with. The two decide not to go forward with the adoption.

At a family dinner they tell everybody their experience. The family quietly say they never wanted them to go through with it. Then Ellie changes her mind and adopts the kids. They engage with the adoption agency. In the next scene they show the kids into their rooms. It's very emotional. Pete and Ellie kiss in happiness and the kids go "Eeeeeeewwww".

They get the kids ready for bed. It's a long painfull process. The two go to a "foster support group". The parents complain. The other parents think that the two are going through a honeymoon period hehhe. As if to say that their real problems haven't begun yet! It's christmas and the kids unwrap their toys. Isabela Moner (playing Lizzie the teenage girl) acts very well, very realistic.

Juan keeps saying "sorry" after making mistakes and bumping into things through out the whole movie. It's funny hehe. Well done to Gustavo Quiroz who plays Juan. They have christmas dinner and the little girl Lita goes crazy because she wants chips instead of her main meal. It's funny but you can tell the parents are stressed hehe.

Little Lita says to Lizzie at the shopping centre "You body positive whore!" HAHAHA! Lita wants a new barbi doll and she's causing havok. They go to a lunch with all the other parents. Juan continues to get into accidents. Lizzie gets angry easily. Lita is rude. They go to another foster meeting and the other parents still laugh at them.

Pete's mother visits the family and hugs them all in a loving way. The grandmother gets along with Lizzie because she gives them their freedom. Lizzie comes back home late from the movies dressed provocatively. Pete grounds her.

It's getting too much. The two are thinking of giving the kids back. Lizzie invites her two friends over. Rose screams and throws the two friends out. Juan accidentally shoots himself in the foot.

They go to the hospital. This helps the family bond. Lizzie says in tears it wasn't the parents fault. She doesn't want this to lead to the kids getting re-located. This is truly a sad and heart felt moment.

Lizzie bonds with Ellie whilst coming her hair. It's a beautiful moment. Ellie thinks that Lizzie is going out with a fellow student but it's the adult cleaner! Pete gets the first "Thanks Daddy". It's a wonderful moment for them.

Lizzie is still troublesome. But Pete has a great idea. He takes Lizzie to work so she can help demolish a house with him. She uses her anger and does well. Lizzie apologises to Ellie. There is a collage of the things they do together. Their parenting is improving. Juan continues to get into accidents. Juan says "Goodnight Mami" to Ellie! Ellie missed what he said and asks him to say it again but he's fast asleep.

Back at home Ellie confuscates Lizzie's phone because some guy is sending her a "d*ck pick!?" and she's trying to send naked selfies. It's a funny scene but you can tell Pete and Ellie are furious. The grandmother (Jan played by the hilarious Julie Hagerty) has texta paint (put on their by Lita) on her face through out the arguments hahaha. Julie Hagerty has been very funny in past tv shows and movies and her performance here is no exception.

Ellie and Pete visit the mother of the girl who made that heart felt speech. Ellie is ranting and the mother is fed up at this. She says "You listen to me crazy woman"! She slaps Rose and tells her to shape up and support her kids. It's very funny.

Pete assaults a red headed kid thinking it's "Jacob" (the man that Lizzie has been seeing). The real Jacob (the school janitor hehe) then gets hit repeatedly by Pete and Rose. Jacob gets arrested. Then Pete and Ellie get arrested hahaha.

In court the judge says to Ellie "did you tell that young man (red head from earlier scene) to whip out his two shaved plums!!!" HAHAHA! That was the funniest line in the movie by far! The real mother says "she is capable" of having them under their care. The court rules that the kids can stay with their real mother. It is a very sad moment.

They have their last dinner. The mother doesn't come to pick them up in the morning though. The adoption people come and say that the mother couldn't handle the pressure. Lizzie is very sad and runs away. She hides in the garden of a nearby house and cries, it's very realistic. Great Great acting by Isabela Moner who plays Lizzie. Her realism in this movie was fantastic. Even though it was mainly a comedy.

Ellie reaches out to Lizzie and says "We adopted you because there was something missing in our lives... it was Juan, Lizzie and Lita"... wow what a beautiful and heart felt line. Lizzie now feels better and hugs Ellie and Pete. The lonely woman whose house Lizzie hid in was funny. She wanted to get in on the family hug hehe.

Four months later the family is together. They go to family court to do the final adoption proceeding. "I pronounce you a family". They take a big group photo! What a great movie.

This movie was very uplifting and funny at the same time.

"There were some sentimental moments that were very serious and meaningful. Some of these moments made you cry. Probably because the subject matter of adoption is quite a heavy topic. Parents who adopt take a tremendous responsibility. But the end result is a loving family"

N/A Me Time: Mark Wahlberg is back! For the first time a dad has time to himself. His wife... me-time

N/A Your Place Or Mine: Reese Witherspoon is back! This film is about Two long-distance best friends.... your-place-or-mine

7.9 Irresistible: This movie is about how a Democrat helps a retired man run for mayor in a... irresistible

N/A The Witches: This movie is based on Roald Dahl's 1983 classic book "The Witches". It is... the-witches

N/A Peter Rabbit 2 The Runaway: This movie is about how Thomas and Bea are now married. They live with Peter... peter-rabbit-2-the-runaway

N/A Like A Boss: This movie is about two female friends. They decide to start a beauty... like-a-boss

7.8 Spenser Confidential: This action movie is about the dynamic duo of an Ex-felon (Hawk) and former... spenser-confidential

N/A Dolittle: This comedy movie is about a physician that can talk to animals. What a... dolittle

N/A Scoob: This movie is an animated film which is based on the cool "Scooby-Doo" TV... scoob 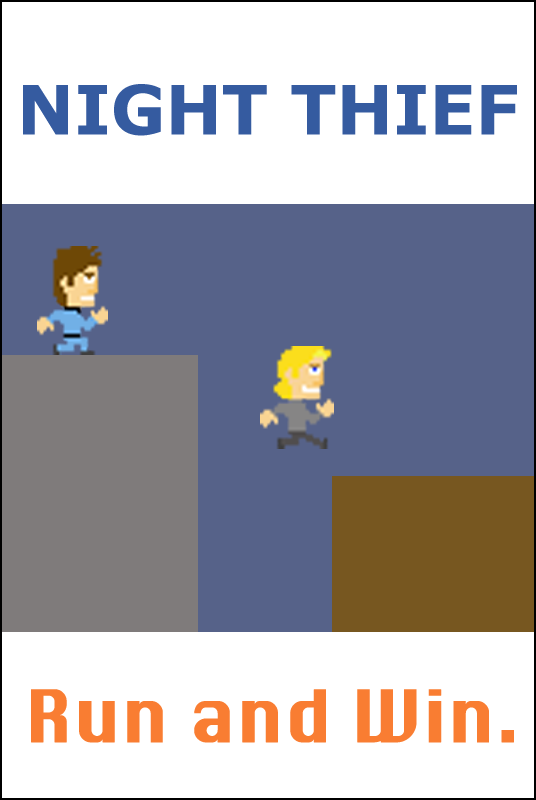